The “Lines of Privilege” exhibit of the “Questioning Borders” Symposium showcased two students’ work to critically consider their own and others’ privilege in the world. The contrasting display styles — one an annotated analysis of educational marketing materials and the other slam poetry — served to highlight the flexibility of the museum as a reflective space and the value of interdisciplinary enquiry for important global issues.

a discussion around voluntourism & travel blogging by Breanna Riddick

This poster is based on an analytical essay about pornotroping, the reduction of certain groups of people to mere flesh as objectified bodies, and the corresponding perception of black girls aslacking innocence. The author, currently an undergraduate student at George Washington University, reflects on her experiences during a service-learning trip with ProNica, a Quaker aid organisation. Here, two public blog posts about her trip by different authors are critiqued as examples of the prominent ‘white saviour’ narrative in international development. Her conclusion:


To say “We gave them an opportunity” is to place ourselves at the center of their issues. It is the exact opposite of ‘solidarity’.
Read more of Breanna’s analysis: 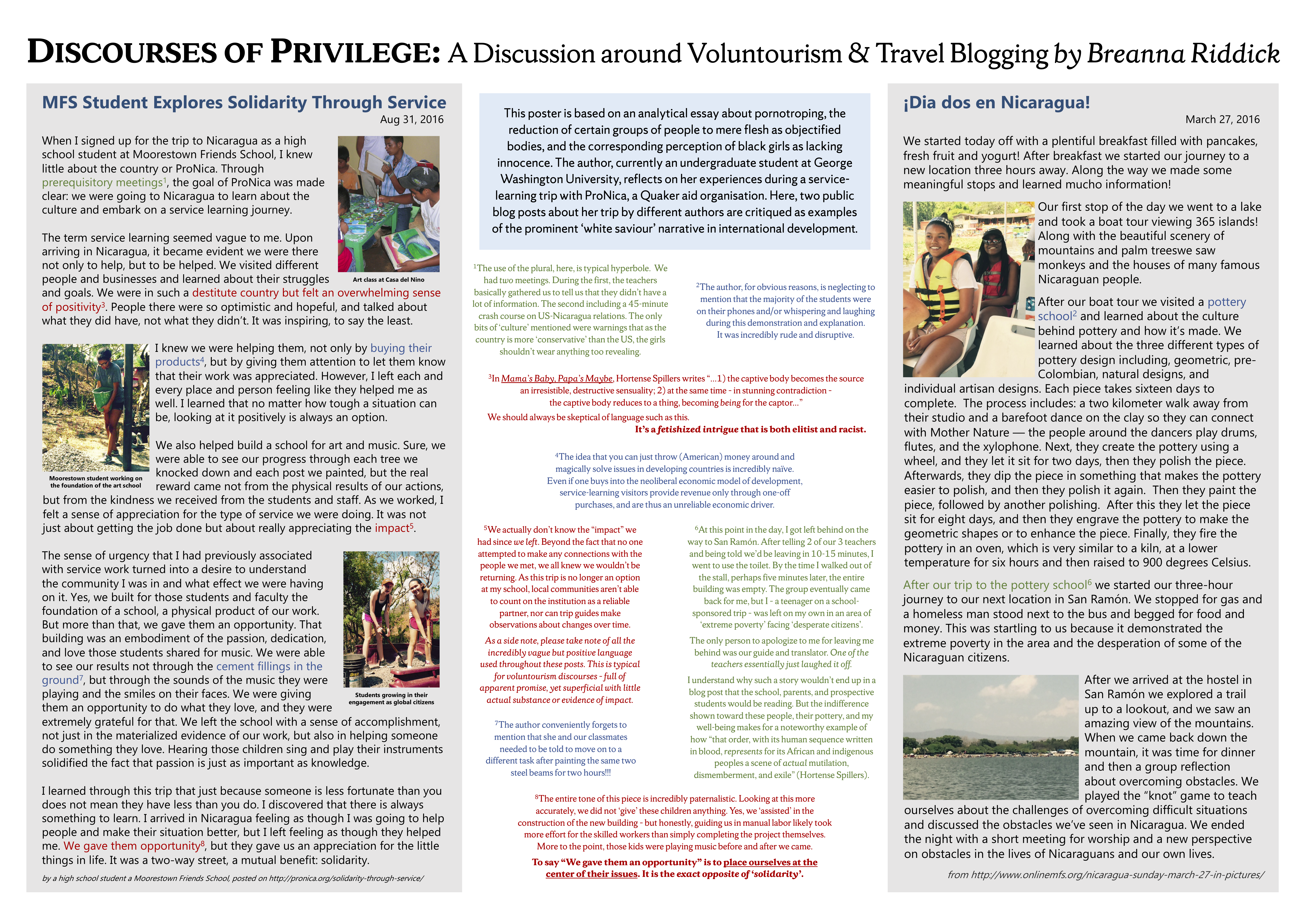 spoken word by Sunny Balkin as illustrated by Alec Rovensky

I grew up on an island, surrounded by an ocean that I thought protected me
Protected me from a world whose newness frightened me
To stay behind the waves
whose rough currents gave me the security that I craved
The security that meant no unsurety
that I would be able to remain behind my lines,
Never having to think of what was on the other side

Because people talk
And they warn you what lies beyond the walls that you built up on your border
“Beware” they say
Because when you cross that line
You belong to a new land, you are no longer mine
You are not the you that you were when you were here
You become new as the line you crossed becomes clear

Citizen of the world?
No, the lines change the idea of “citizen of the world”
And break you down to what you really are
American
Arab
A girl
Who are you when the line goes away?
When you cross a new line, what do you say? 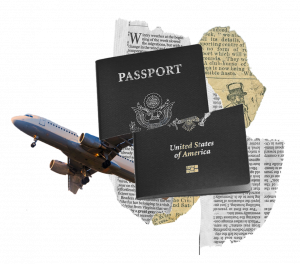 You see, when you cross a line you’re forced to bear in mind
Not just the borders you crossed
But the borders inside
You have to pick apart pieces of yourself that you’ve always viewed as one
And put them into separate piles
And then…when you’re done
Pick the pile you chose to show
Depending on what new place you’ve decided to go

So know:
When you travel across a line…not all of you can go
Bits and pieces will have to stay behind
You’ll have to lose a bit of yourself whenever you cross a line

Whether we like it or not, these choices or traits
Are all self-borders that we’ve learned to embrace
But the fact of the matter is that when you walk over a new line
People might look at your borders and not be so kind

Some people, like me, had learned to love the border that kept them protected
They found comfort in what they knew, and feared the new or unexpected 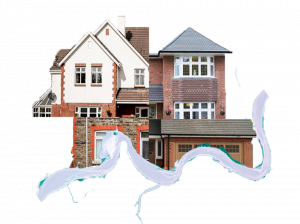 “You can go there”
“And you can go here”
“You, stay away from my line”
“But you can come near”

We are no longer people who are free to be free
We all have our lines and that’s the way it will be
Until…until we see that the borders we’ve concocted
Rather than making us safe, have instead made us toxic

When you look back through history what have lines and walls shown?
They’re meant to show people the places they cannot go
They’re meant to send a message loud and clear
That you’ll stay way over there and I’ll stay right here

How hard it is to keep an identity when someone is enforcing a new one upon you
When the borders on the ground tell you what is right and who is wrong, too 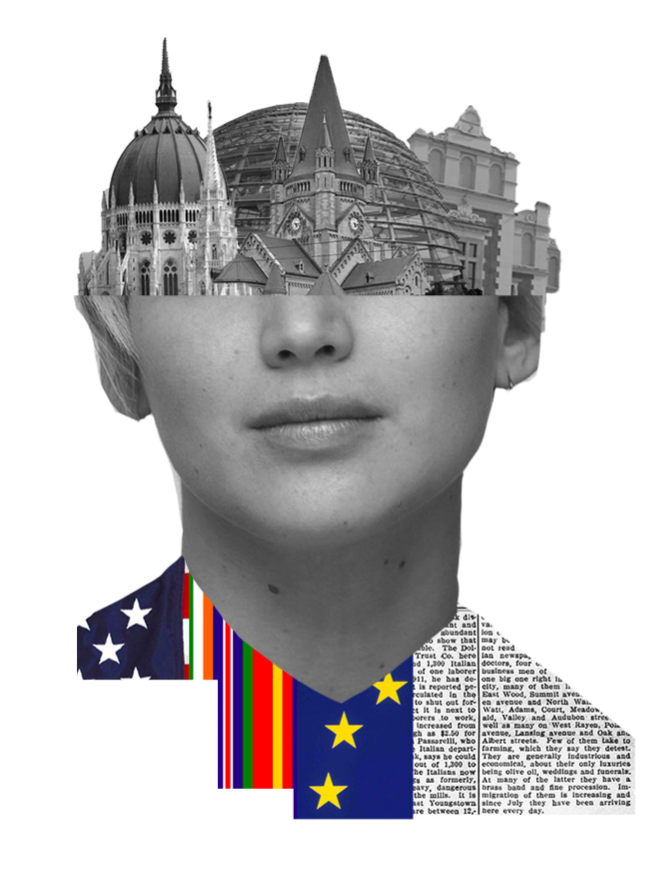