“Jack rose to the challenge of remote learning magnificently. In a sequence of blogs he started writing when the course went online, Jack engaged in a personal way with the BBC television material he was asked to view each week. During the last half of the semester, Jack upped his game academically and found a style that really suited his interest and skillset.”

London’s class on The BBC considers how Britain reinvented public service broadcasting through their national television and radio channels. Today, the BBC faces challenges about how to remain relevant in the face of satellite broadcasting and streaming platforms, but continues working toward its mission “to inform, educate and entertain”. Students explore how programs like The Office and EastEnders have a distinct social agenda; how diversity in front of the camera shapes international conversations over identity and inclusion; and how new styles of programming like mockumentary and ‘reality’ TV are developed and tested…even as the BBC remains the world’s largest news organisation and Britain’s major sport broadcaster. Here, Spring 2020 student Jack Baldinger reflects on the corporation’s sporting content. 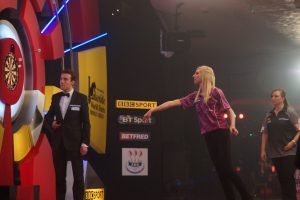 The BBC aims to be a broadcaster for everyone in the UK. It does so by implementing a unique way of blending traditions of spectating and the sensationalized view we have now. The bulk of their sport content comes under the last of their three goals, as its main objective is to obviously entertain. The BBC has decided to commercialize and sensationalize some sports that you thought you would never want to watch on TV, including activities like darts. This falls back to the BBC’s core identity as a public broadcaster paid by the people for the people. It shows the diversity of their content and that there is something for everyone to watch, whether you’re an avid sports watcher or just putting something in the background while you’re cooking.

In addition, this ideal of inclusivity is continued as the BBC uses a hybridity of cross-genre entertainment aspects, employing ideas from game shows to keep people who are interested in sports entertained. A good example is the show “A Question of Sports”, which is a game show with sports trivia. This is also the case with “Match of the Day”, a program that aligns as much with the genre of sport as it is a talk show. (I would also like to add how horrific I find their virtual set to be. It’s too almost to the point of distracting for me.)

Anyway, the BBC has a distinctive way to produce content that is more down to earth with the spirit of the game and is less commercialized, with fewer interruptions during the broadcast. There are fewer ads coming all over the screen and less sponsored content, which gives people more of a spectator feeling than observing from afar. The BBC is also different from the pack with their purposeful popularization of sports that otherwise wouldn’t be involved or include spectators, such as the aforementioned darts and other sports like snooker.

The BBC’s big push on sports has payed off. The department’s production is in line with the news production in its prestige and place in the BBC network of subdivisions, as well as its cultural standing within the UK and abroad. The BBC has created an unquenchable thirst for sport within the UK and has the ability to use their global reach to expand Britain’s international presence. This goes back to our examination the other week of how the British government uses the BBC’s prominence to continue pushing the view of England as the superpower it once was. With the BBC broadcasted in many countries and their sports content able to be seen online in such a simple way, people all over the world can see sports in the BBC’s high standard and production value, harking back to the once mighty colonizer and serving as a form of soft diplomacy. 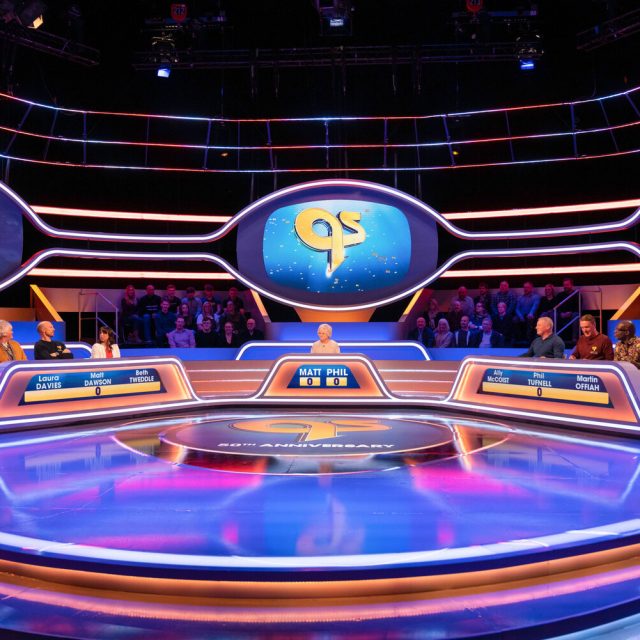 With the desire to entertain at its core, the BBC has created a way in which to blend a true sport event with high entertainment to create value for its viewers by providing a wide range of sport. Whether BBC Sport content also fits the broadcaster’s mandate to educate is something I always have a hard time with, as the question comes up a lot. Defining something as ‘educational’ is a matter of which context you are viewing it in. If I am trying to learn how to hone my tennis skills, then then yes, watching the sport being broadcast is educational because you can see the best of the best playing at the top level. On the other hand, simply watching the sport for the excitement of competition like most people do isn’t educational, because you are not taking anything way from the broadcast other than excitement and competition. But someone could argue that you learned about a player’s life or about how exciting the game can be if it’s your first time watching. Commentary will always leave you with some tidbit or fact; by learning something, it can be considered educational.

What I’m trying to convey is that watching sport broadcasting is, at its core, meant to be entertaining. But one could say that while a match broadcast may not educational, the shows that follow the genre are. You can learn something from the show “Question of Sport” because it is a show about sports knowledge and trivia. In addition, you could learn something informational from the show “Match of the Day” if the virtual set doesn’t distract you too much. In conclusion, defining something as ‘educational’ is tricky and easily argued — ultimately, BBC Sport highlights the overlap in the British Broadcasting Corporation’s triad mission “to inform, educate, and entertain”.