Here, Diego, Maria, Kalani, Stephanie, Julia, Jamely, and Alec work on a sea terminal linking Bruges (and the wider European Union) with the UK. The building includes recreation options for tourists, meeting spaces for commuters, and border control areas for governments in a post-Brexit place of interchange. 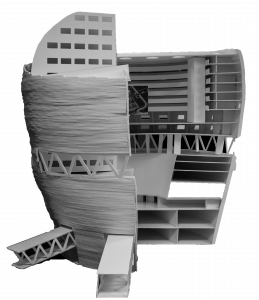 Between 1978 and 1989, the Office for Metropolitan Architecture produced a set of unbuilt projects reinterpreting the idea of the social condenser in a completely different context and historical moment from its Soviet roots. OMA used the idea not as a pedagogical project, but as a tool to intensify the “metropolitan condition” and accelerate the “culture of congestion” that they understood as main qualities of urban life.

The Zeebrugge Sea Port Terminal, a few miles northwest of Bruges, Belgium, is one such unbuilt project. We had the opportunity to access and expand on OMA’s plans, creating our own version of the project.

Through models, drawings, and a collection of images, this speculative design attempts to once again reinterpret the idea of the social condenser for today, adapting it to the challenges presented by the United Kingdom’s political departure from the European Union. 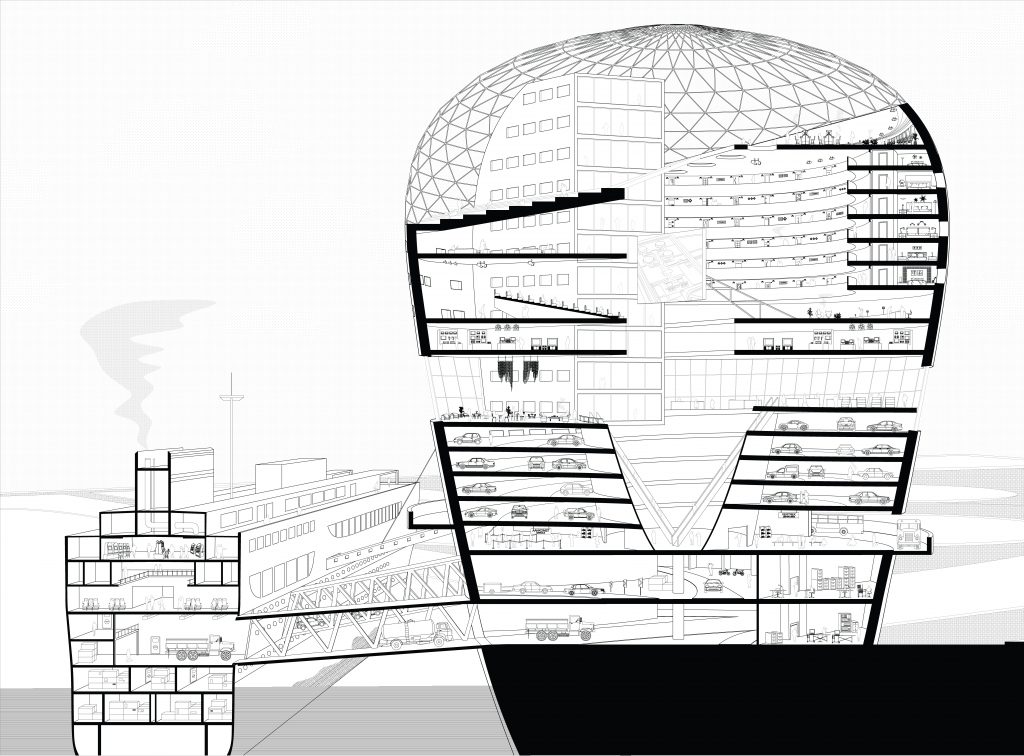